While many plants and animals are suffering due to the Earth’s rising temperatures and changing climate, others are thriving. One such plant is Lantana camara, an invasive weed which has already taken over 30% of India’s prime elephant habitat and, under current global conditions, is set to keep spreading.

Introduced to India in the early 1800s by the East India Company, Lantana is toxic to animals and outcompetes native fodder plants, meaning elephants and other species in lantana-infested areas are left with nothing to eat. Lantana is extremely difficult to remove – attempts at biological control have been unsuccessful due to the wide variety of subspecies, and while pesticides are effective, they are also expensive and have serious environmental consequences. Lantana can safely be removed by digging up and destroying its rootstock, an incredibly expensive and labour-intensive process, and so our project partners, the Dakshin Foundation, have been researching ways to make lantana pay for its own removal. 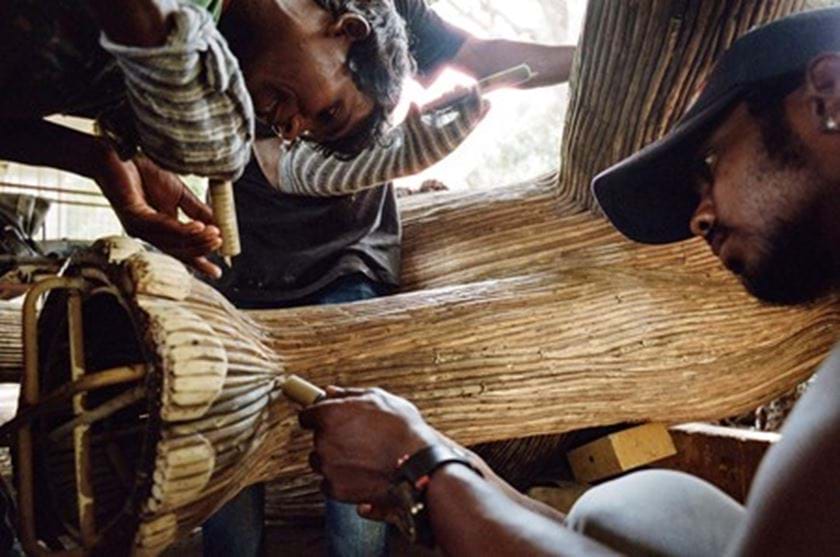 The Dakshin Foundation have been working with local communities in the state of Tamil Nadu to develop industries based around lantana, from furniture and other craft projects - including the sculptures sold as part of our CoExistence programme to processing shredded lantana biomass into biofuel. Finding self-funding ways to remove this helps preserve India’s forests by giving native plant species a chance to regrow, which in turn ensures that elephants have a consistent food source. As climate change enables lantana to thrive and spread, this project provides us with the tools we need to stop it in its tracks. 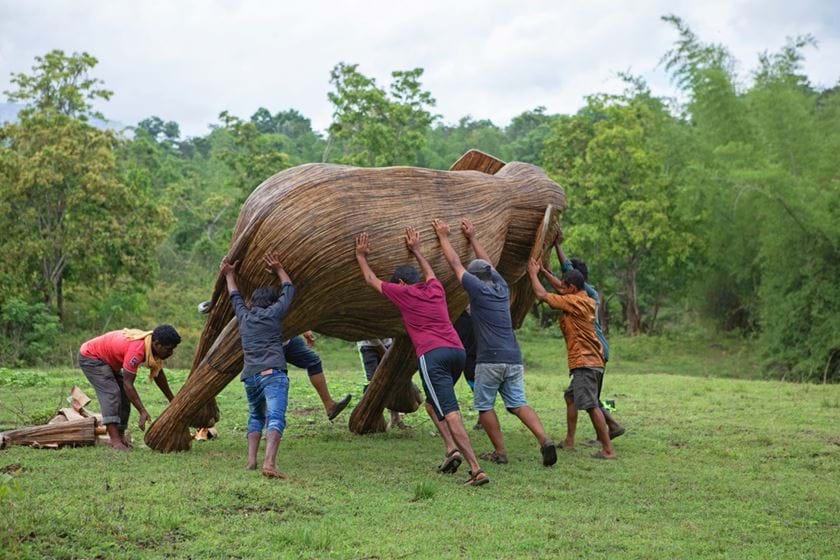