The British Asian Trust and BT have an ambitious three-year CSR partnership that aims to empower 100,000 adolescent girls across India through innovative tech-based projects.

These projects are improving outcomes for girls during the critical stage of adolescence, across health and agency, education, and economic opportunities. In addition to working with the young girls directly, partners also work with critical stakeholders, and gatekeepers in the young girls' lives to drive change in behaviour and attitudes to create an enabling and safer environment for adolescent girls.

Being told to keep quiet and out of the way of the elders, to not get involved in ‘adult’ conversations, to not talk to boys – these and various other regressive rules of behaviour have silenced the voice of many young girls across India. Lessons learnt in childhood are hard to get rid of, even when there is safe space and encouragement from others.

Ruksana Banu comes from a huge joint family with very limited means. The family sees little value in education and on occasion, Ruksana has failed to sit for her school exams, jeopardising her chance to move to the next grade.

Our in-country partner IT for Change uses audio-visuals, digital stories, memes, and interviews to help girls understand gender norms and the patriarchal system, and identify how it plays out in family power dynamics, societal sanctions and the cultural narrative.

When they began work with Ruksana’s class, they found her to be a shy child, hesitant to make eye contact with those around her.

The team tried many ways of engaging her and even spoke to her in various languages that she was comfortable in, but to no avail. She continued to shy away from interaction and hid behind the other girls, never contributing in class.

Even in small group sharing where it was difficult to disappear into a crowd, she would either repeat what someone else said or smile and nod. It was almost as if she had no personality of her own.

Her journey to find her voice, a sense of self-confidence and agency was long and slow, but it happened.

As the year progressed, the team saw small but sure signs that she was coming out of her shell. She began making eye contact more often, and the team noticed various nonverbal cues indicating her engagement– nods of agreement, smiles at jokes. Eventually on being asked for her thoughts and opinions, she began to share.

Now, the team often hear her laughing loudly with her friends and eager about creating digital artefacts such as audio interviews, and video clips to share how she feels about the societal systems and the impact it has on her and her peers. The team is proud to have gained her trust and consider it an immense success that has she has begun volunteering information of her own accord. 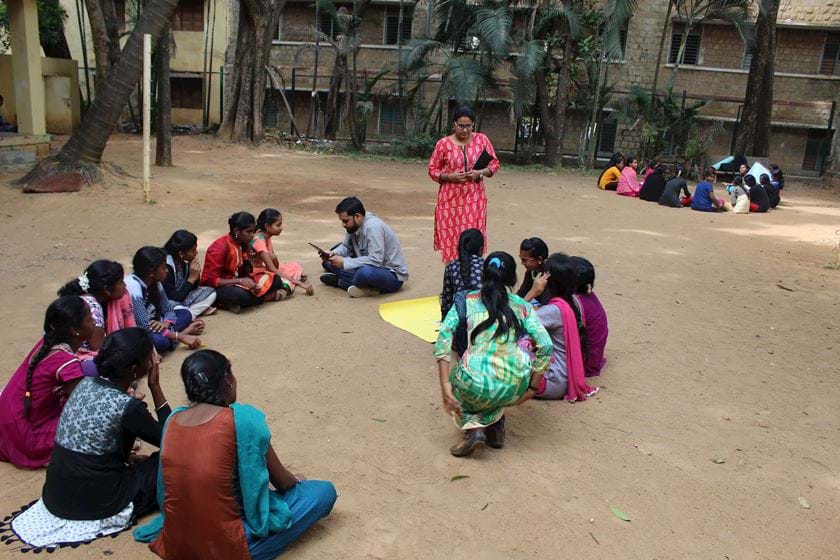