In April 2006 Vanita was declared one of the national winners of the CII-Bharti Woman Exemplar Award, sponsored annually by the national Confederation of Indian Industry. Vanita Pise received the award from India's Prime Minister Manmohan Singh. The award is designed to honour “grass-root, poor, under-privileged community level women who have excelled in their contribution in the development process… The main duty of the person who receives the award is to empower others.” Vanita has been doing just that for years. How could a woman, who had been a simple buffalo rearer, with only 9th grade education accomplish these outstanding achievements?

Her husband's poultry business failed in 1997 and left the family with debt worth 55,000 rupees ($1176) . She decided to take matters into her own hands, despite her husband's protests. While working as a wage labourer on other people's fields, she took a loan from Mann Deshi to purchase a buffalo and began rearing buffalos and goats, selling their milk from house to house. However, the opportunities for engagement and leadership she found in the Self Help Group (SHG) movement increasingly became her source of excitement and joy. Thus Vanita decided to switch her buffalo rearing business towards production of paper cups.

In 2004 Vanita decided to take a 15,000 rupee ($321) loan for a machine to make paper cups for Prasad, or prayer offerings. She bought the raw material, made and sold 5,000 cups each day. When she realized how successful her business was, she started a dealership of the machines so that other women could also benefit. Through this initiative, Vanita has facilitated seventeen women in the purchasing of their own machines. Vanita's annual income has increased five times. Vanita Pise expanded her business and currently she has got 11 machines and employs 6 people. Furthermore she has become actively involved in Mann Deshi Business School as a teacher.

Vanita has three children, all of whom have the same spark and drive that she possesses. Her priority is investing in her children's education and postponing her daughters' marriages so that they can study for as long as possible. Vanita's daughters and son are studying at an engineering college.

Vanita commented on winning the award in 2006: “After the award, I am considered as someone with more innovative ideas and something to show for myself.” For Vanita, winning the Women Exemplar Award provided her with the confidence and pride that she had difficulty finding in her day-to-day life, despite providing inspiration to hundreds of women who received guidance, encouragement, and training. Her success story turns her into a role model for other women. In 2007 the Reserve Bank of India invited her for a meeting and nowadays she is asked to speak on many events, to tell her story and motivate other women who are in the same situation. 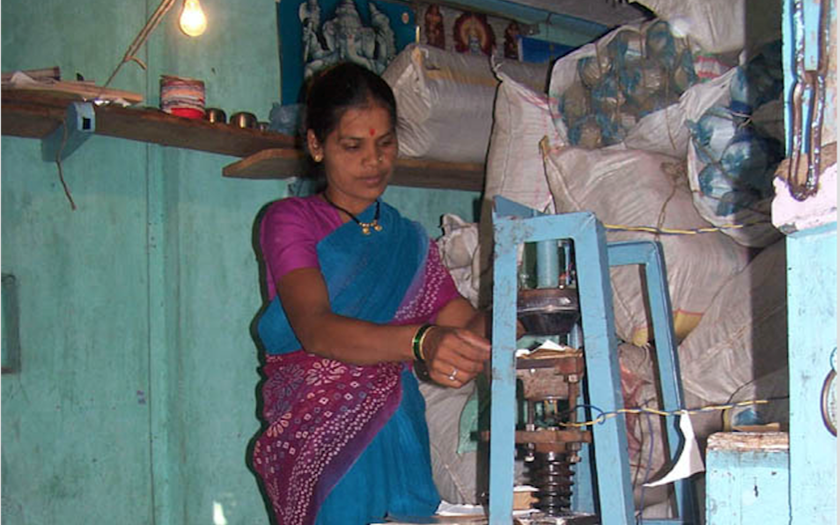