We are delighted by the recent and encouraging developments in Jaipur after a factory owner has become the first in the city to be convicted for child labour offences. This is a huge boost to the work of the Child Labour Free Jaipur initiative which includes the British Asian Trust, The Freedom Fund and the John Lewis Foundation.

This landmark ruling saw the man sentenced to life imprisonment  and a fine of 130,000 rupees, after kidnapping and forcing five young boys to work in a bangle factory in Jaipur.

The Child Labour Free initiative works with businesses and cooperatives in Jaipur to ensure they produce and sell child labour free goods with the aim to make the city the first in India to end child labour.

“Our aim is to make Jaipur a child labour free city. A huge number of kids are trafficked into workshops in Jaipur. Our initiative involves rescuing kids, rehabilitating them, working with the police, the authorities and businesses. But right at the heart of this is getting the legal process to work effectively”

The ruling sends a strong message and will act as a deterrent to other organisations within the city. We are pleased to hear that the boys have been returned to their families and have been offered protection.

Read the full story in the Telegraph now 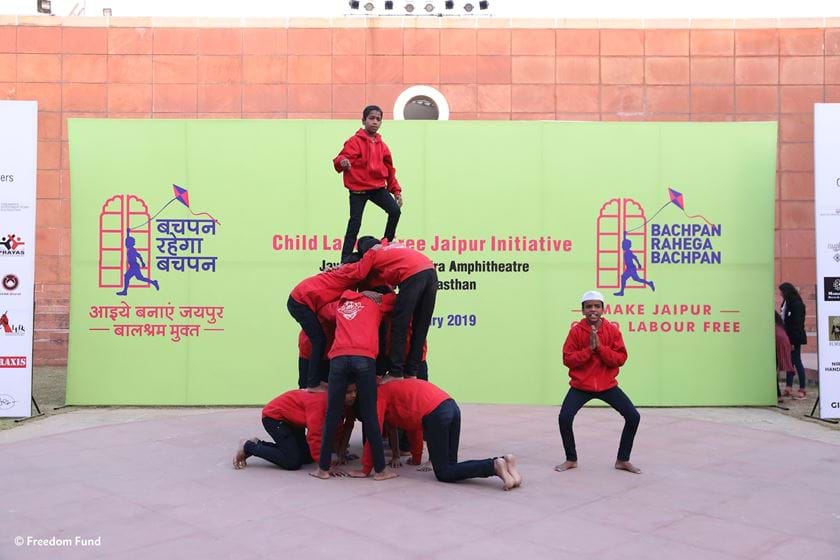